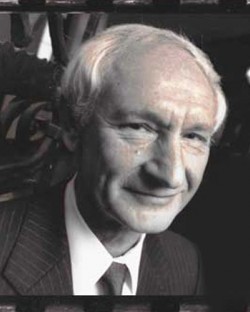 After graduating with honors at UCLA Law School in 1962, where he published three articles in the law review, Seymour taught at the law school at the University of Liberia. In 1964-65, he was employed by Roger J. Traynor, Chief Justice of the California Supreme Court, to assist with legal research and writing. From 1965 to 1974, Seymour was a Deputy Public Defender for Los Angeles County, where he defended thousands of clients facing a spectrum of misdemeanor and felony charges, including capital murder. From 1975 to 1979, Seymour practiced privately as a criminal defense lawyer in Los Angeles, and in 1980 he moved his family to Santa Barbara and defended clients of the County’s Public Defender.

Seymour has been honored twice by criminal defense attorneys in Santa Barbara for outstanding achievement as a trial lawyer. He won a life sentence for a fugitive convict who, in separate incidents, murdered two people and attempted to kill a third victim.

In 2000, Seymour retired from the Public Defender and began representing clients charged with various alleged marijuana offenses. He has represented medical marijuana patients, caregivers, growers, collectives and physicians. Seymour has advised attorneys on medical marijuana issues and written medical marijuana defense articles and papers, including Medical Marijuana: Immunity or Defense? [California Defender, Spring 2006 (available to CPDA members only)]. He has advocated for marijuana reform and is a member of American’s for Safe Access and NORML’s Legal Committee.