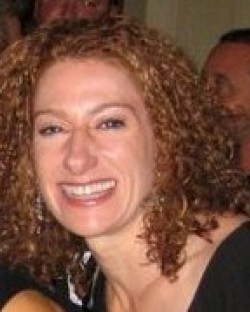 With over 15 years of legal experience defending and protecting Constitutional rights, I am committed to advising citizens and businesses on all facets of Colorado's marijuana laws.

Whether you are a patient, a business owner, or a private citizen who wants to understand their rights, my practice focuses on helping citizens grow, possess and use marijuana in accordance with Colorado law. I help dozens of marijuana centers, commercial grow facilities and infused products manufacturers navigate the complex rules of marijuana regulation, including licensing, leasing, zoning, and regulatory compliance.

The other part of my practice is devoted to defending citizens charged under state marijuana laws. Whether a citizen is charged with driving under the influence of marijuana (DUID), cultivation, distribution or possession, having a lawyer who understands the complex laws and constitutional issues surrounding your arrest is critical to a successful outcome of your case. By 2008, I had tried over 100 criminal cases. I've since stopped counting.

Among my many achievements for clients, I have successfullly defended one of the first physicians charged with recommending marijuana to a patient, and successfully sued cities and government entitites for violations of Colorado's Constitutional marijuana rights, and much more.

I have had the honor of being appointed by the Governor to serve on the law enforcement subcommittee of the Amendment 64 task force; I also have been appointed to numerous regulatory committees implementing State marijuana laws, including the legislature's DUID task force and the DOR regulatory production group. I currently serve as the Vice-Chair of CO NORML, an organization committed to reforming our nation's marijuana laws.

See my web page for further information and details.

I look forward to assisting you

Member
National Organization for the Reform of Marijuana Laws
2020
Board of Directors,
Vice-Chair
CO NORML