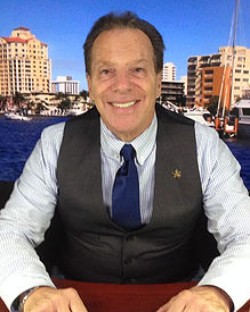 As a partner at the Criminal Defense Law Center of South Florida in Fort Lauderdale, Norm Kent's practice focuses primarily on criminal defense including marijuana and drug trafficking cases.

His practice is also known for its vigorous defense of the constitutional and first amendment rights of its notable clients, which include radio stations, newspapers, and prominent talk show hosts.His law office partner is Russell L. Cormican. The firm is located in the Legacy Bank Building, across from the Broward County Courthouse, at 12 SE 7 Street in Fort Lauderdale, FL.

Norm Kent completed his undergraduate degree at Hofstra University in 1972, before graduating from the Hofstra School of Law in 1975.

He has appeared on CNN's Crossfire, NBC's Dateline, and Court TV as a legal commentator. He has also served as Editor in Chief of the Barrister, the Broward County Bar Association Journal, and Editor in Chief of Defense, a newsletter for criminal defense lawyers.

As a college senior in 1971, Norm Kent first joined NORML, the National Organization for the Reform of Marijuana Laws. He first served on the NORML Board of Directors from 1992 until 1994. He rejoined the board of directors in 1998 where he continues to serve. He currently serves as the Chair of the organization.

Over the last twenty years as a member of the NORML Legal Committee he has lectured at legal seminars, conferences and other events on marijuana law and policy issues.

Norm Kent pioneered the medical necessity defense in criminal cases including the defense of Elvy Mussika. Over the last 30 years, Norm Kent has represented patients and growers throughout the State of Florida.

Norm has authored 'The Pot Warriors Manifesto.' He contributes marijuana advocacy columns to Counterpunch.org. He is the publisher of The South Florida Gay News, the largest weekly LGBT newspaper in the State of Florida.