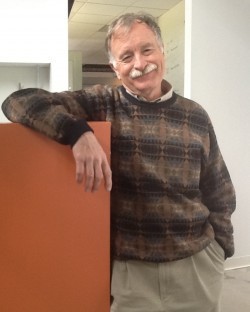 Walker grew up in Atlanta where he was active in Boy Scouts and church activities. He attended Georgia Military Academy ( now Woodward Academy) from which he graduated in 1966. He attended the University of Virginia, graduating in 1970 with a BA degree in Foreign Affairs. He obtained his law degree from Mercer University in Macon in 1975, then hung out his shingle in Zebulon in Pike county. He has been a memeber of the Georgia Association of Criminal Defense Lawyers since 1977.

Long an advocate of decriminalization and other liberty-related causes, Walker joined the Libertarian Party in 1983 and began representing it in a series of cases in the federal courts. the most notable of those case was that in which he challenged a Georgia law that required drug-testing of political candidates. Walker fought the case up through the U.S. Supreme Court where he won an 8-1 decision that declared the law to be unconstitutional. A liink to that case, Chandler v. Miller (1997), can be found at

After years of maintaining an office in Zebulon, Georgia, Mr. Chandler now practices law with his son, Zebulon K. Chandler. Their website is found at chandlerandchandlerlaw.com,

Mr. Chandler has written and published a novel, The Evangeline Manuscript and a book of poetry. He was recently granted a patent on a sectional boat design [ US 8,474,393 B 1 ]. He speaks Spanish and some Swedish. He has also studied Russian. An active sportsman, he regularly plays soccer and Ultimate and is an avid skier.