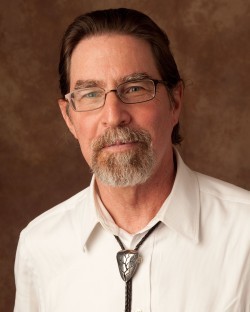 "HELPING GOOD PEOPLE GET THROUGH BAD TIMES" Patrick Peranteau is an experienced criminal defense lawyer, a member of the NORML Legal Committee since 1993, & dedicated to the legalization of the medical & recreational use of marijuana. He honed his skills as a trial lawyer during the twenty-five years he practiced law at Goldstein, Goldstein and Hilley in San Antonio, Texas, one of the best and most respected criminal defense law firms in the United States. As a young lawyer at Goldstein, Goldstein and Hilley, he prepared and tried cases with Gerry Goldstein, Van Hilley and other experienced trial lawyers from whom he developed skills in all aspects of conducting a trial, from the initial client interview to closing argument at the end of the trial. He learned to investigate each case thoroughly to find all of the witnesses and facts, not just the ones relied on by the prosecution. Patrick knows that proper preparation is essential in all cases. Through the years, he has also become an effective negotiator and has learned that the more he knows about his client and the case, the better is his position to negotiate the result his client wants and deserves. There is no substitute for experience. In every case, Patrick Peranteau uses his extensive training and experience to achieve the best possible results for his clients.

A word about representing juveniles and young adults.

Patrick Peranteau also represents juveniles and young adults accused of crimes because, as a parent and former public school teacher, he believes he can make a positive difference in their lives. As every good parent and teacher knows, life is full of "teachable moments" when a young person can learn a valuable life lesson. Patrick uses these moments as he guides his young clients through the legal system to impress upon them the importance of making good decisions as they move forward in life.For example, he insists that his young clients participate in their cases, and when appropriate, he requires them to pay some or all of their own legal expenses, or to take responsibility for their actions in other ways that will help them demonstrate to the court that they have learned their lesson. Over the years, Patrick has come to understand that by engaging young people in the legal process, more often than not, they learn from their mistakes and choose to make more responsible decisions in the future.

Since 2002, Patrick Peranteau has been awarded an AV Preeminentâ„¢ rating from lawyers and judges in his community who know him and the quality of his work. The Martindale-Hubbell ® AV Preeminentâ„¢ rating is the highest possible Peer Review Rating in both legal ability and ethical standards.Since 1887, Martindale-Hubbell ®, one of the most trusted legal resources in the profession, has been rating lawyers based on the confidential opinions of members of the Bar and the Judiciary. Patrick is proud that fellow lawyers and the judges before whom he practices law have chosen to honor him in this way.

Patrick Peranteau joined the National Organization for the Reform of Marijuana Laws in 1993 because he believes that the responsible use of marijuana by sick persons to relieve their pain and suffering, and by adults for relaxation and pleasure should not be prohibited or penalized by law. He is a member of the NORML Legal Committee and is committed to the overall goals of this non-profit organization. He dedicates 1/3 of his of his practice specifically to defending individuals charged with marijuana and drug offenses.