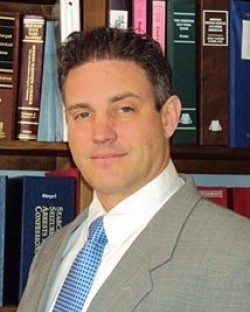 "Your freedom is my concern and I will do everything under the law to protect it!"

Based in Phoenix, Arizona, Tom "Dismissal" Dean has been fighting for the rights of the cannabis community for more than 20 years. After practicing criminal defense in Arizona for several years, witnessing countless lives destroyed by the war on cannabis users, and then, finally, watching the Arizona government's demonic and cavalier rejection of Arizona’s first medical marijuana initiative in 1996, Tom had seen enough. From that point forward he decided to devote his career to putting an end to the draconian cannabis prohibition laws in Arizona and nationwide. He proudly accepted an offer to head up NORML’s legal department in Washington, DC where he achieved key victories in marijuana cases of nationwide importance. While in DC, he also served as Chief Legal Counsel for "ActUP DC" and helped that organization establish an medical marijuana distribution network with the approval of the DC's elected officials. Since returning to Arizona, Tom’s practice has been devoted solely to cannabis related cases, continues to fight hard for the rights of all marijuana users, whether for recreational, religious, industrial or medical purposes.

Tom has been an active member of the NORML Legal Committee (NLC) since 1995 and was later honored with a lifetime position on that committee. The NLC is a powerful group of distinguished cannabis attorneys from across the nation. Tom also currently serves as the Chairman of NORML's Amicus Committee, another team of outstanding lawyers that identify key cannabis reform cases nationwide and then write briefs on behalf of the cannabis consumers in those cases pro bono. Tom is also actively involved in many other nonprofitorganizations on both a local and national level. For example, on a local level, Tom was a founding member of the Arizona Cannabis Bar Association and the Arizona Cannabis Consumer Coalition. On a national level, Tom is a Founder Member of the National Cannabis Bar Association.

Since the passage of the Arizona Medical Marijuana Act (AMMA), Tom has been at the forefront of defending medical marijuana patients and their providers and haswon several key victories for the medical marijuana community. Go here to view his many achievements in connection with Arizona's medical marijuana law: