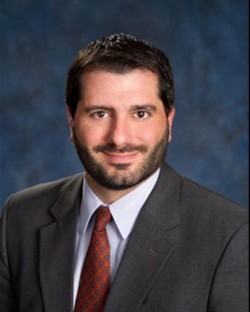 Jay Tiftickjian is a Denver criminal attorney whose practice is dedicated to defending people charged with DUI and Drug Possession cases. Taking cases throughout the state of Colorado, Tiftickjian Law Firm has established itself as Colorado's preeminent DUI and criminal defense firm.

Mr. Tiftickjian is a top-ranked Colorado defense attorney based on many independent legal directories such as Martindale-Hubbell, Avvo,Super Lawyers,and The National Trial Lawyers Association. He was named Law Week Colorado's 2012 "Compleat" Lawyer for his expertise and reputation in Colorado, named "Best DUI Lawyer" by Law Week Colorado in 2012, 2013, 2016 and 2018 and voted "Best DUI Lawyer" by the legal community by way of the People's Choice Award 2013-17. He was also one of 13 finalists for Law Week's 2015 Top Litigators and the only one with a practice dedicated solely to criminal defense.

Attorney Tiftickjian co-authored the Colorado Criminal Defense Bar's guide to DUI sentencing and driver's license revocations, and is the editor and co-author of the Colorado Criminal Defense Bar's DUI Defense Manual. He also authored books on DUI and drug defense, including Colorado DUI Defense: The Law and Practice,published by Lawyers and Judges Publishing Company, Facing a DUI Charge in Colorado: What You Need to Know, andUnderstanding Changes to Colorado DUI Laws,published by West-Thomson Reuters/Aspatore. Mr. Tiftickjian is also the editor of Medicolegal Aspects of Marijuana as well as a contributing author. In addition top the books listed above, he has contributed chapters to over ten national legal publications focused on criminal law and forensic science.

Tiftickjian is the Secretary of the Colorado Criminal Defense Bar, and is in succession to become its president in 2018. He is also the chair of the organization's professional development committee which organizes training for the attorneys of the defense bar, as well as the elected Criminal Law Chair of the Adams Broomfield Bar Association. Tiftickjian has testified at the State Legislature and Senate on behalf of the criminal defense bar, as well as being asked to debate state representatives and prosecutors on public radio and television regarding pending legislation.

Mr. Tiftickjian is Colorado's first elected Sustaining Member of the National College for DUI Defense and is a Life Member of the CCDB based on his contributions to criminal defense. He was the Chair of the Colorado Criminal Defense Bar's annual DUI seminar for the past four years. Each seminar he has organized was attended by over 100 attorneys from over a dozen states, and are highest attended seminars for the organization. This volunteer work has earned well over $100,000 in net profit for the criminal defense bar.

Jay Tiftickjian has achieved the highest-rating, AV-Preeminent (TM) based on Martindale-Hubbell'sconfidential review process by Colorado judges and attorneys. He is also top-ranked 10/10 - Superb in Avvofor DUI, criminal and traffic defense, and is included in the nationalBar Registry of Preeminent Lawyers listing of the best attorneys in the country for criminal defense. Tiftickjian is also listed in the National Trial Lawyer's Association's Top 100 Trial Lawyers list.

Mr. Tiftickjian received his J.D. in 2000 from the State University of New York at Buffalo School of Law. He is currently admitted to practice in Colorado, New York, the U.S. District Court for the District of Colorado and the U.S. States Court of Appeals for the 10th Circuit.