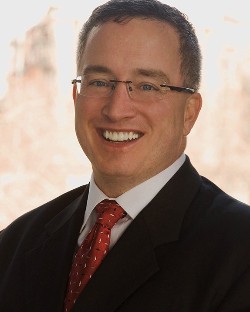 Colorado lawyer Rhidian Orr is trained under the National Highway Safety Administration (NHTSA) guidelines to administer the Standardized Field Sobriety Tests (SFSTs) and is trained to the level of Instructor on the SFSTs. Rhidian has received Drug Recognition Expert (DRE) overview training, which deals with people who are charged with driving under the influence or while impaired due to the consumption of drugs – illegal, as well as, legal drugs. In addition, Rhidian is trained on the Intoxilyzer 5000-EN. The Intoxilyzer 5000-EN is the machine that was used in every Colorado DUI/DWAI/UDD breath case up until May, 2013.Rhidian is also trained in forensic chromatography and this training allows him to identify and attack issues with blood tests results used in DUI cases.

Rhidian is asked on a regular basis to assist and act as a consultant to other lawyers in finding ways to attack their DUI cases.Rhidian has taught at the Colorado Public Defender’s Conference, the University of Denver, Sturm College of Law and the University of Colorado Law School on the subject of DUI defense.

Rhidian is a graduate of Gerry Spence’s Trial Lawyers College, Terry MacCarthy’s Cross Exam Seminar and dozens of other trainings held throughout the country by organizations such as the National College for DUI Defense and the Colorado Criminal Defense Bar.

Rhidian has been chosen as a Rising Star by Super Lawyers magazine in 2011 and 2012. This recognition is limited to the top 2.5% of attorneys in the state that are 40 years of age or younger. This recognition is based on a survey of every attorney in the state as well as an exhaustive background check of training and cases handled by the attorney.

The Orr Law Firm, L.L.C. was founded in 2002 with the primary focus on becoming Colorado’s premier DUI Defense Law Firm. Rhidian Orr knows that every time he accepts a case, he accepts the responsibility for his client’s future.The outcome of his client’s case can mean the client’s job, home, family, and freedom. This is a responsibility that he takes personally and one in which he reminds himself of every day before he decides to accept a case.