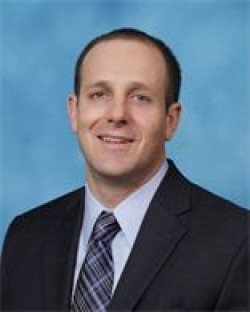 Greg Laueris a Board Certified Criminal Trial Attorney practicing law in South Florida. Mr. Lauer has a reputation for competent, aggressive, and personalized representation of clients. Mr. Lauer is a Life Member of the Million Dollar Advocates Forum.

In March of 2011 Mr. Lauer obtained a $1.2 million Federal jury verdict in a case dealing with violation of the Eighth Amendment rights of a Lee County inmate.

In June of 2012, Mr. Lauer argued before the 11th Circuit Court of Appeals and was successful in getting the 2011 $1.2 million verdict affirmed.

Greg, a former State Felony Prosecutor, has tried over 80 jury trials and handled thousands of criminal and civil cases ranging from misdemeanors to first-degree felonies, as well as many serious and complex personal injury cases.

Greg has been successful with motions to suppress evidence in everything from DUI's to murder cases.

Mr. Lauer obtained his juris doctorate degree from the Baylor University School of Law in Texas. He is admitted to practice in the State of Texas, the State of Florida, U.S. District Court for the Southern and Middle Districts of Florida, the U.S. Court of Appeals for the 11th Circuit and the United States Supreme Court.