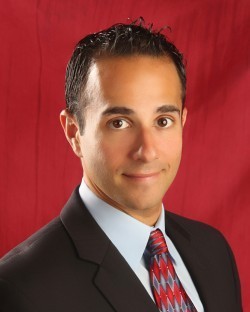 With extensive experience as a Public Defender, Steven Bell applies his knowledge of Florida's court systems to the cases he tackles as a partner at the law firm Meltzer & Bell, P.A. After graduating magna cum laude from Nova Southeastern University and becoming licensed to practice law in 2004, Mr. Bell joined the Broward County Public Defender's Office in the Juvenile Division. His determination and work ethic were recognized and he was placed in the Felony Division in 2007. He was named Managing Supervisor of the entire Juvenile Division at age 26, becoming one of the youngest attorneys to hold this position. In this capacity, he fought for the futures of minors facing charges such as a first DUI, disorderly conduct, and drug offenses.

On entering private practice, Steven Bell was a partner at the firm Ruiz, Bell, Clayman, LLC, where he handled many DUI and felony charge cases. In 2008, he joined The Ticket Clinic, where he was placed as the Lead Trial Counsel for Palm Beach and the remaining areas of Florida where there was no office location. In this capacity, he defended clients from hundreds of traffic violation allegations, pursuing many of them to jury trials.

In 2013, he teamed up with Lawrence Meltzer to form his own practice, Meltzer & Bell, P.A., where he aggressively defends those facing a range of criminal charges, from federal offenses to traffic violations, in the Palm Beach County area of Florida. He believes in providing a reliable defense that his clients can count on in their time of need, and he works tirelessly to instill every client with confidence in his abilities.

Dropped Charges
4th DUI Crash and Leaving the Scene of an Accident
After drinking by the pool, our client was involved in an accident in her neighborhood with another ...
DUI Dismissed
Driving Under the Influence, Possession of Marijuana, Possession of Paraphernalia
The Defendant was seen coming out of a 7-11 at a high speed. The car went through a stop sign and be...
Read more Case Results