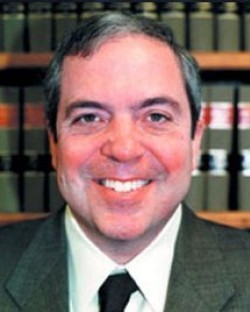 Attorney Stephen M. Komie has been a Chicago trial lawyer for more than 39 years. He serves on the ISBA Board of Governors and the ISBA Assembly.

He is perhaps best known for his involvement in high-profile criminal and civil litigation matters. Stephen Komie is highly regarded for his skill before judges and juries alike.

Mr. Komie’s career has spanned over 34 years of litigation, representing thousands of ordinary persons, the clergy, and corporations before the courts of Illinois and the United States, and international tribunals.

His success has been measured by acquittals in most cases, successful appeals, and a winning track record in appeals.

Stephen M. Komis is the author of the ISBA Resolution commemorating the 800th anniversary of the Magna Carta and the ISBA Attorneys' Bill of Rights, which the Assembly forwarded to the Illinois Supreme Court for adoption. The court adopted the Assembly's recommendations as rules for the expungement of inquiries that do not result in complaints against lawyers.

The Magna Carta: 800 Years of the Rule of Law
llinois Bar Journal
2015