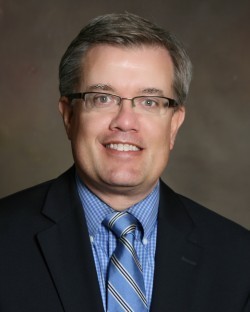 About Dean A Stowers

Dean was born in Madison, Wisconsin on March 5, 1964. Dean grew up in northern Wisconsin where he attended high school at Rhinelander High School, the Home of the Hodag . After completing college at the University of Wisconsin at Madison and attending law school at Drake University in Des Moines, Iowa, Dean studied for, took, and passed the Iowa bar exam, moved to Washington, D.C., and then studied for, took and passed the Pennsylvania bar exam in Philadelphia. From 1989-1990 Mr. Stowers worked in the Office of General Counsel as a counselor to the United States Sentencing Commission, the agency that promulgates the Federal Sentencing Guidelines used in federal sentencing.

In 1990 Dean returned to work in criminal defense at The Rosenberg Law Firm where he had clerked during law school and developed an interest in criminal defense. Over the next several years, Dean worked with and mentored under Raymond Rosenberg, Paul Rosenberg, and Dan Jacobi. Raymond Rosenberg, with whom Dean practiced until he retired in 2005, was widely regarded throughout the last quarter century of his career as the best criminal defense lawyer in Iowa. Paul Rosenberg, now in sole practice has achieved tremendous results in some very high profile cases. Dan Jacobi left private practice and is now General Counsel at Pioneer Hybrid. Mentoring is crucial to the development of a lawyer's skills and Dean remains grateful for all he learned in his formative years.

Although Dean greatly enjoys jury trials, he is also a believer in the value of effective pretrial motions, including motions to suppress unlawfully obtained evidence. For every favorable jury verdict that Dean has secured for his clients, there are many more cases dismissed or disposed of quietly as a result of successful pretrial motions and advocacy.

Dean is a fighter who stands by his clients against some of the longest odds, including through appellate review. Dean takes pride in handling appeals from his own unsuccessful trial or sentencing outcomes and has attained numerous reversals in noteworthy and precedent-setting cases.

Dean is known as an aggressive, outspoken, and highly-effective advocate who shows up prepared and ready to achieve the very best possible outcome for his clients. Dean has developed techniques for case organization and preparation not known to be employed by other attorneys. These methods give Dean the organizational and informational edge to know a case better than anyone else involved.