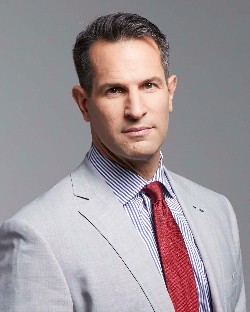 Attorney John S. Berry Jr. helps his clients fight some of the most important battles of their lives. Not only has he led successful teams in the courtroom, resulting in several jury trial victories, he has led soldiers in deployments to Iraq and Bosnia. Beyond the battlefield and the courtroom, John’s leadership experience extends to local community and national organizations that protect our constitutional rights and our veterans.

John is past president of the Nebraska Criminal Defense Attorney's Association and a fellow of the prestigious American Board of Criminal Lawyers. John maintains an AV Preeminent Rating through Martindale-Hubbell and has been recognized as one of the National Trial Lawyers' Top 100. John has presented and lectured in the areas of criminal defense, trial skills, and veterans disability appeals.

After receiving his commission as an infantry officer in the U.S. Army, John completed Airborne School and Ranger School. In 1999, while assigned to the First Cavalry Division, he deployed to Bosnia for Operation Joint Forge. John also served as a Company Commander in Iraq during Operation Iraqi Freedom and later as a Battalion Commander in the National Guard.