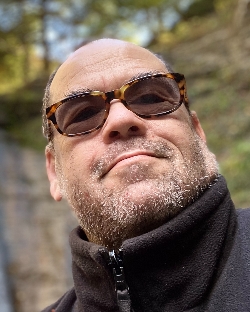 Nick Hentoff is a criminal defense and civil liberties trial attorney with more than 25 years of experience representing clients victimized by unjust prosecutions. His practice has focused on the defense of drug prosecutions in state and Federal courts, clients charged with the use-of-deadly force and the representation of victims of police misconduct.

From 1988 to 1990 Nick Hentoff served as a judicial clerk to the Honorable Charles L. Hardy, a United States District Court Judge for the District of Arizona. Following his clerkship, Nick Hentoff joined the Maricopa County Public Defender's Office where he worked as a trial attorney handling everything from misdemeanors to capital murder cases.

Nick Hentoff operated a private law practice, Hentoff Law Office, from 1993 to 1998 and 2001 to 2008. Hentoff Law Office focused on criminal defense, police misconduct, civil rights and constitutional litigation in state and Federal courts. Hentoff Law Office also conducted and assisted with investigations into human rights violations impacting marginalized and vulnerable populations including poor communities being victimized by the police. In 1993 Nick began to notice a rising tide of complaints from pre-trial detainees and sentenced inmates in the Maricopa County Jail, following a series of highly publicized changes in jail policies by the newly elected Maricopa County Sheriff Joe Arpaio.

A September 10th 1995 article in the Arizona Republic reported on the launch of a civil right investigation against Arpaio by the U.S. Department of Justice:

"Phoenix lawyer Nicholas Hentoff, who filed all three suits, suspects that jailers have become more aggressive since Arpaio took office in 1993 because his tough talk gives the impression that he condones abuse of inmates.....

Napolitano and other Justice Department officials declined to say what sparked the investigation. But civil-rights probes commonly begin after complaints are made to the department.

At any given time an average of 25% to 35% of Hentoff Law Office's active caseload was devoted to pro bono cases, including the representation of Native American defendants in two murder trials (one of them a death penalty case), and the representation of prison inmates in individual civil rights cases and two class action lawsuits challenging the conditions of their confinement.

In 2008 Nick Hentoff closed his law practice and moved to Central Asia where he worked as a Long Term Legal Specialist for the ABA's ROLI program. Based in Bishkek, Kyrgyzstan and Dushanbe, Tajikistan, Nick Hentoff designed and conducted training programs for lawyers, judges and prosecutors on issues relating to human rights, the rule of law and trial practice skills. In 2011 Nick Hentoff opened a solo law practice in New York State. From 2011 to 20012 Nick Hentoff was involved in the pro bono representation of several Occupy Wall Street Protestors who were wrongfully arrested on the Brooklyn Bridge in the largest mass arrest in U.S. History.

Lifetime Member
National Organization for the Reform of Marijuana Laws
2020