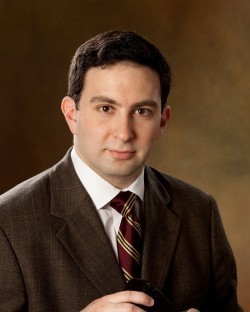 Robert L. Greenberg is a Registered Patent Attorney licensed to practice before the United States Patent and Trademark Office as well as the courts of New York, New Jersey, and several federal district and appellate courts.

Mr. Greenberg is a graduate of the University of Michigan Law School where he served as articles editor of the Michigan Telecommunications and Technology Law Review. While in law school, he worked in the chambers of a federal judge in Manhattan.

Since graduating law school he has served as an Assistant District Attorney in New York City handling hundreds of criminal matters. He has also worked at several boutique patent and intellectual property firms, where he has handled numerous matters for U.S. and international corporations as well as individual inventors.

In addition to his firm, Mr. Greenberg serves as a Captain / Judge Advocate in the New York Guard where he provides free legal services for soldiers, sailors, airmen, marines, coast guardsmen, and their families. He is also the President of Definite Testing.

The University of Michigan Law School