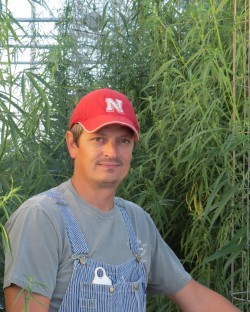 Attorney and farmer, Michael Hughes has been practicing law since 1999. He has dedicated his practice to helping people navigate complex legal issues and fighting for their rights. His practice areas include agricultural law, business law, criminal defense, political consulting, personal injury, land use and litigation. Mr. Hughes is also an expert regarding cannabis law and cannabis production. He consults with hemp and cannabis companies regarding both legal and production issues. He also provides expert witness opinion and testimony regarding in both criminal and civil cases involving cannabis and hemp.

Mr. Hughes has extensively studied the cannabis plant for over 25 years. "Hemp", a non-psychoactive strain of the cannabis plant, was a feral crop in eastern Nebraska where he grew up. Hemp had been grown commercially in that area for multiple generations. Mr. Hughes was able to learn much about this plant at an early age, both from observing the feral hemp growing every year, and by learning about its production from those who used to do it commercially. His grandfather's generation was the last to legally farm hemp in the United States, prior to 1937. This life experience provided Mr. Hughes with a wealth of information about the cannabis plant and a particular interest in industrial hemp.

Mr. Hughes founded the Industrial Hemp Producers Association in 1997 while still in law school. In 1999 he wrote an unpublished article called "Industrial Hemp: What is there to legalize?"

Mr. Hughes grew up in Nebraska, an area known for hard-working, no-nonsense people. He attended high school in southwest Missouri in a blue-collar factory town on the edge of the Ozarks. Mr. Hughes has worked in farm fields, factories, lumber yards, construction sites, and as a security guard, prior to going to law school.

Mr. Hughes studied criminal law in college, earning a Bachelor of Science degree in Criminal Justice from the University of Nebraska in 1995. Mr. Hughes then went on to study at Drake University Law School in Des Moines, IA. He graduated with a Juris Doctor Degree in 1999. While in law school Mr. Hughes was a law clerk for the United Stated Department of Agriculture. Mr. Hughes was also an adjunct professor of Criminal Law and Procedure at Minnesota State University – Moorhead. Mr. Hughes was also selected to attend the Gerry Spence Trial Lawyers College and graduated from there in 2006.

As a hard-fighting attorney, Mr. Hughes has developed a reputation as a fierce trial lawyer, an advocate for his clients and street savvy business consultant. He has obtained many favorable outcomes for his clients at jury trial, including many not guilty verdicts. Mr. Hughes possess the rare combination of passion, instinct and experience, that provides the organic ingredients necessary to make a great lawyer and consigliore. A passionate advocate for the wrongfully accused and injured. A street-smart person, with the type of sharp instincts needed to make tough decisions when it matters. A legal warrior with experience in the trenches, who understands that freedom and justice flow from victory. Mr. Hughes is licensed to practice law in Minnesota, Nebraska and Oregon. 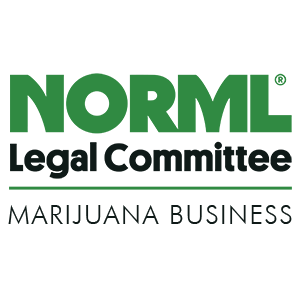