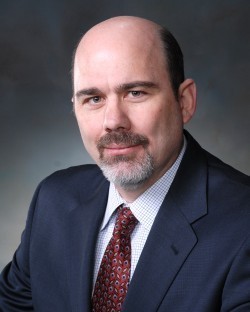 With Offices in Lubbock, Amarillo, Midland/ Odessa, Dallas, Fort Worth and San Antonio. Attorney Stephen Hamilton is a partner and Trial Attorney at Texas Criminal Defense Group Stephen is AV rated, the highest rating one can receive through that rating system. Stephen is Board Certified in Criminal Law by the Texas Board of Legal Specialization. Overall in Texas less one percent of all lawyers who practice criminal law are board-certified in criminal law.

Stephen has written and published the Citizen's Guide to a Marijuana Arrest in Texas book. This book is designed for folks who have been or who know someone who has been charged with Possession of Marijuana in Texas. It is a straight-forward book with lots of real advice.

In addition to defending folks on Possession of Marijuana, Stephen also fights DWI charges involving alcohol and marijuana. He has spoken throughout Texas and several other states regarding how to defend DWI cases. He has taught hundreds of other lawyers how to try DWI marijuana cases and has taught DWI and Marijuana blood testing through the Texas Criminal Defense Lawyers Association.

Stephen has attended the Robert F. Borkenstien course on Alcohol and Highway Safety, Testing, Research, and Legislation taught at Indiana University. This is the same course the prosecutorâ€™s Intoxilyzer expert attended. In addition, Stephen has completed the Blood Testing Gas Chromatograph training in Chicago. This school covers the operation and use of the machine that Texas uses to test a personâ€™s blood for alcohol and or drugs. Stephen has also completed the solid-state drug testing class in Chicago. This is the same type of training that lab techs in Texas receive to test drugs, both illegal and legal.

Board Certified in Criminal Law, Texas Board of Legal Specialization

Board Certified Specialist
Criminal Law
Texas Board of Legal Specialization
2005

Protect Your Future, Know your Rights: A Citizen's Guide to a Marijuana Arrest in Texas
HHR
2014