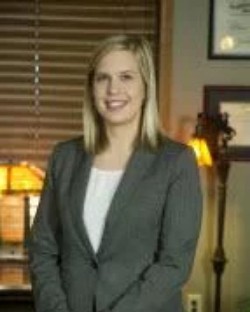 Attorney Melissa Barrette has a reputation for aggressively representing her client and not hesitating to take cases to trial. Her record includes both pre-trial dismissals and winning acquittals by jury in both felony and misdemeanor cases.. She understands that her role includes being both a compassionate advisor to her clients and a legal champion in court. She strongly advocates for marijuana law reform.

Prior to forming Kaehne & Barrette, Attorney Barrette exclusively practiced criminal defense at Kirk Obear and Associates for six years. She attended the University of Wisconsin. As an undergraduate, she triple-majored in Legal Studies, Political Science and Sociology and served as the President of the University's Legal Studies Association. After graduation, she immediately enrolled in the University of Wisconsin Law School. While there, she gained acceptance into the prestigious Wisconsin Innocence Project, reviewing claims of actual innocence and evaluating where other attorney's failed their clients. Attorney Barrette also worked at the Madison Department of Civil Rights, where she fought to preserve social justice.